DDA partners with SPACE International to support women and girls in Ireland. 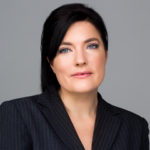 Rachel’s experience was one of violence, loneliness, and relentless exploitation and abuse. Her story reveals the emotional cost of selling your body night after night in order to survive – loss of innocence, loss of self-worth and a loss of connection from mainstream society that makes it all the more difficult to escape the world of prostitution.

At the age of 22, Rachel managed, with remarkable strength, to liberate herself from that life. She went to university, earned a degree and forged a new life. A few years ago, she decided to speak out about the reality of commercial sexual exploitation, and she will continue to do so until the “world wakes up to the simple wrongness of [prostitution].”

Rachel co-founded SPACE International and has been involved in advocacy for the Nordic Model in Ireland and around the world. The Nordic Model is a gender-neutral, anti-trafficking and prostitution law that criminalizes the purchasers of sex while decriminalizing those who sell it. SPACE is also working for the implementation of viable strategies to help women seeking an exit from the commercial sex industry.

And this is where Donor Direct Action comes in…