Donate to Fund to End FGM 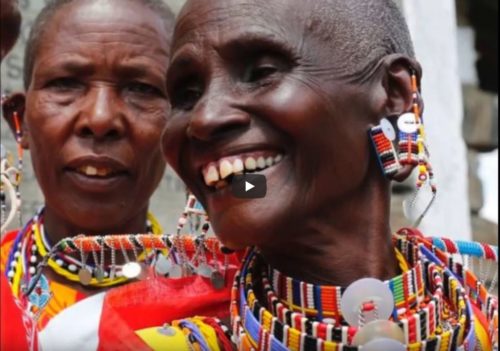 Watch: You Can Save Lives! – DDA’s Efua Dorkenoo Fund to End FGM

Female genital mutilation (FGM) is a severe form of violence against girls and women which includes partial or total removal of the external female genitalia for non-medical reasons. It is one of many human rights abuses used around the world to subjugate women, denying them equality. In its most extreme form, infibulation, the external genitalia are completely removed and the remaining skin is stitched together. FGM can have severe and lifelong medical and psychological effects, and many girls die from hemorrhage or infection as a result. According to UNICEF, more than 200 million girls and women alive today have been cut in at least 29 countries. On the African continent, more than three million girls are estimated to be at risk of FGM.

Donor Direct Action officially launched the Efua Dorkenoo Fund to End FGM in 2017. A leading figure in the movement Efua passed away in October 2014 after a lifetime of successful activism, which moved the agenda forward and brought much greater awareness to the harmful effects of FGM.

However, funding to those front line groups that have been working hard to end it has remained woefully inadequate. The Fund currently supports three grassroots organizations working on the front lines of the movement to end FGM:

In Somalia the Galkayo Education Center for Peace and Development (GECPD) was founded in 1999 by Hawa Aden Mohamed. In a particularly difficult environment where 98% of women and girls have undergone it Hawa has been making an incredible difference by protecting thousands of girls at risk and transforming their lives through education.

In Kenya Agnes Pareyio founded the Tasaru Ntomonok Initiative (TNI) to provide a safe house for girls running away from FGM, as well as education and other support. TNI also works to reunite girls with their families after securing their commit not to cut them.

In Sierra Leone Rugiatu Turay founded the Amazonian Initiative Movement (AIM) to ensure that girls at risk are protected in a country where 88% of girls and women have been subjected to it, often in the context of initiation rites.

In Burkina Faso Mariam Lamizana is President of Voix de Femmes, a group which educates police officers, magistrates, religious and community leaders and the broader community about the harms of FGM. It has also built a rehabilitation center to help women recover from its devastating events and to help end the practice.

In The Gambia, The Gambia Committee on Traditional Practices Affecting the Health of Women and Children (GAMCOTRAP) was founded by Isatou Touray in 1984 to promote and protect the political, social, sexual, reproductive health, and educational rights of women and girls. The organization aims to eliminate harmful traditional practices that contribute to gender-based violence and abuse of reproductive health rights of women and girls, at the same time preserving the beneficial traditional practices.

These inspiring partners help young girls avoid FGM and provide safe spaces for them when they run away from it. They need your urgent support to continue their life saving work.

Make a contribution to the Efua Dorkenoo Fund to End FGM.