DDA partners with Embrace Dignity to support women and girls in South Africa.

Embrace Dignity works with civil society and government in South Africa to advocate for legal reform to end prostitution and sex trafficking, while also providing vital services and support to women seeking an exit from the commercial sex industry. 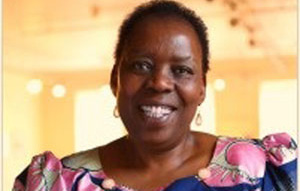 "A world without the abuse of women and girls, free of all kinds of exploitation is possible. You can be part of making this a reality - in our lifetime."

Why I resigned from the South African “Sex Work” Movement

Will SA be the first African country to pass effective laws to end prostitution?

Embrace Dignity imagines a world where women and men are truly equal and can have non-exploitative, mutually fulfilling relationships.

The South African Constitution provides a legal foundation for such a world, setting forth the right to gender equality and the right to human dignity. Embrace Dignity advocates for a comprehensive national policy to eliminate prostitution and sex trafficking, and a law that removes criminality from those who are forced, by circumstance out of their control, to sell their bodies for sex as a means of survival.

Embrace Dignity advocates for a the “Equality Model” of legislation and wants South Africa to be the first country on the African continent to use this approach. It was pioneered in Sweden in 1999 and has gained traction around the world in Norway, Iceland, Canada, Northern Ireland, the Republic of Ireland and France. This would:

1) Decriminalize the sale of one’s body for sex in order to decrease stigma, facilitate exit, and decrease power imbalance between buyer and seller.
2) Make the act of purchasing sex illegal and offer diversion programs to offenders.
3) Make the earning of third party profit from prostituting (i.e. “pimping”) unlawful and prosecute with full extent of the law.

This is not a stance of judgment or morality, but one with a deep commitment to the basic human rights outlined in our constitution: the right to gender equality and human dignity.

Embrace Dignity is affiliated to the Coalition Against Trafficking in Women–International (CATW), and their work is informed by extensive international networking and knowledge sharing, and is underpinned by research into international models and best practices.

Lolo came to us eager to leave the life of prostitution. As one of our youngest sisters, she was just 17 when she first exchanged money for sex. In her three years at Embrace Dignity, Lolo has morphed into a poised young woman who is determined to finish her education, take care of her younger brother in the Eastern Cape, and not be dependent on a man in any way.