DDA partners with FWLD to support women and girls in Nepal.

The Forum for Women, Law and Development works to protect and promote the human rights of women and to eliminate all forms of discrimination. 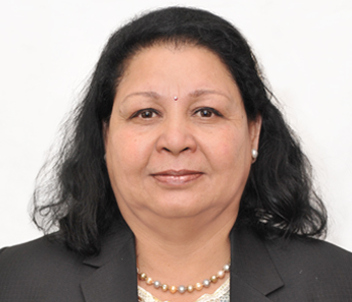 "We do our best to ensure that justice prevails in all cases, and that victims of sexual violence and discrimination get the support they need."

Nepalese women who miscarry must not be treated as criminals

FWLD Emergency Fund for Victims of Earthquake in Nepal

The Forum for Women, Law and Development (FWLD) is an autonomous, non-profit, non-governmental organization based in Kathmandu, Nepal.

It was established in 1995 by Sapana Pradhan Malla with several other women, for the eradication of discriminatory laws and to effectively implement CEDAW (the UN Convention on Elimination of All Forms of Discrimination against Women). Soon, action grew to match the breadth of vision, which was to create institutions and muster resources toward forging a society where social justice and equality would prevail.

Using the legal system to fight discrimination, FWLD has built a record of accomplishment: progressive changes in laws regarding marital rape, women’s right to inheritance, and female citizenship rights, and more. Broadening its mandate, the group is now working on still greater number of fronts that include not only the rights of women, but also of the disabled, the elderly, children, sexual and gender minorities, indigenous minorities, Dalits, religious minorities, and other marginalized populations.

In this process, FWLD initiated pioneering research on issues related to child marriage, HIV/AIDS, female sexuality, reproductive and sexual health and rights, sex trafficking, and sexual harassment. FWLD also provides Legal Aid and Services to clients who are targets of discrimination, such as trafficked women, HIV/AIDS victims, and sexual minorities.

The organization has also been building the capacity of District Resource Groups in 23 districts of Nepal, emphasizing the issue of violence against women and children. In turn, DRG members train their Village Development Committee members, creating a multiplying effect of awareness across the country

Another capacity-building enterprise entails trainings and workshops for potential lawyers, law practitioners, human-rights partners, teachers, police, media, NGOs, and grassroot-level citizens. These trainings cover such subjects as CEDAW, paralegal skills, HIV/AIDS, sex and labor trafficking, legal awareness about violence against women, ways of empowering migrant women workers, the impact of national conflict on women, and strategies for using international constitutional mechanisms to advance women’s reproductive rights. Additionally, FWLD, together with other civil-society NGOs, has been providing voter education to a public uninformed about the system of voting in Constituent Assembly Elections.

There are also the sudden emergency cases that require an in-depth response, and a committed follow-through. In their ongoing, tenacious efforts to change laws and transform social and cultural biases, FWLD, in Sapana Pradhan Malla’s words, “relentlessly works toward creating a just and equitable society.”

On June 24, 2011, a 21-year-old Buddhist nun traveling to visit family in far eastern Nepal had to spend the night on a bus halted by flooding. The driver and four other men from the bus company gang-raped her until she lost consciousness.

Nepalese women who miscarry must not be treated as criminals