Donate to the Fund to End FGM 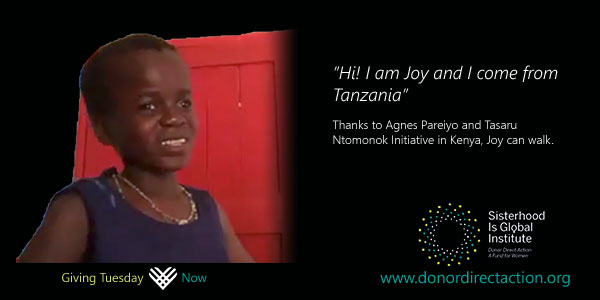 We are celebrating the recent news that Sudan has now banned female genital mutilation (FGM). This is a great victory that will no doubt save the lives of many girls. But as we know from experience, law is just one step in a long process to end FGM, a harmful practice that affects hundreds of millions of girls and women around the world. From decades of front line work, our partners in Kenya, Somalia, Sierra Leone, Burkina Faso and Gambia, know how to stop FGM.  They are all making progress, but they need your support. I am writing to share a heartwarming story from our Kenyan partner Agnes Pareiyo who runs the Tasaru Rescue Center for girls escaping FGM, child marriage and violence. In February 2020, Agnes was contacted by the Kenyan law enforcement about a twelve-year old Tanzanian girl with disabilities named Joy who was unable to walk. Joy’s father brought her into Kenya to earn money by forcing her to beg in her wheelchair in public places, she was regularly beaten and violated by him. Once the Kenyan authorities were alerted to the fact that Joy was being abused by her father, they filed a case in court. As Joy had no place to stay the court referred her to Tasaru Ntomonok Initiative (TNI), the shelter started by Agnes almost twenty years ago. After one and a half months at the TNI rescue center with over 60 other girls, Joy has made friends and is thriving. With encouragement from them she is learning to balance herself, stand and even walk a few feet without support after years of being bound to a wheelchair.  Agnes believes it is nutrition, care, and the company of the girls and staff that has made such a remarkable difference in Joy’s life. Joy is not alone – since its foundation in 2002 Tasaru Ntomonok Initiative has cared for over 2000 girls who have fled from their homes because of FGM or child marriage. Below is a link to a video of Joy, as well as a video of Sylvia. Like Joy, Sylvia came to the shelter as a young girl – when she was 7 years old. She has been there for over 10 years now. When you support the Efua Dorkenoo Fund to End FGM, 90% of your contribution is re-granted to outstanding front line organizations like Tasaru Ntomonok Initiative, who are saving girls every day and working steadily to end FGM altogether. We hope on this Giving Tuesday you will make a contribution to the Efua Dorkenoo Fund to End FGM. I hope you are all staying safe.

Sylvia’s Story: I Ran Away from FGM 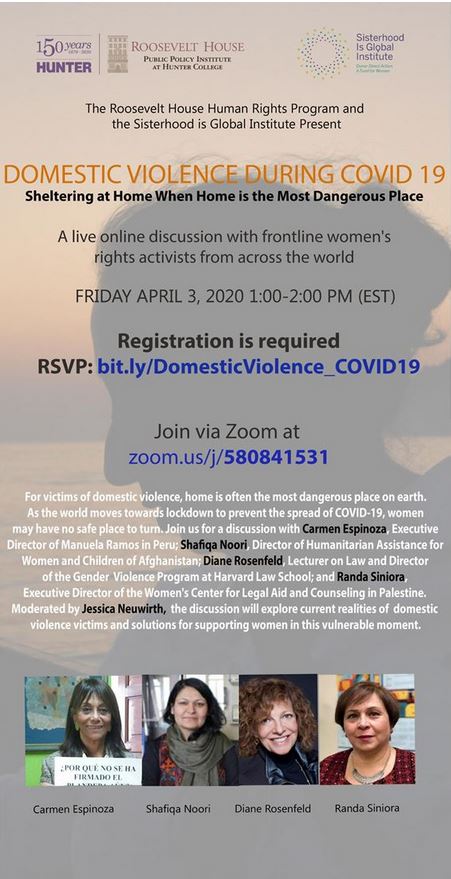 This year we mark 25 years since the historic UN World Conference on Women in Beijing. The global women’s movement has achieved impressive milestones since 1995. But we still have a long way to go. Girls and women are dying as a result of gender-based violence and discrimination every day around the world – these deaths are not inevitable!

Building a better and safer future for our daughters requires resources. In order to fully achieve gender equality in the next 25 years we need to expand financial support for the global women’s movement dramatically and invest in front line women’s rights activists. 90% of every donation made to our global partners will be re-granted to them. You can make a life or death difference by supporting their work.

Meet the Donor Direct Action team by video and please take a moment today on International Women’s Day to make a donation in commemoration of the 25th anniversary of the Beijing World Conference on Women. 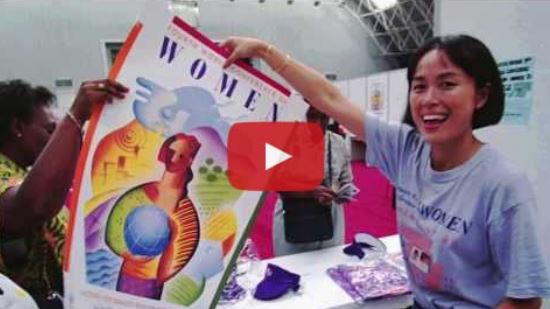 Join us – together we can build a better world for women and girls.

Make a contribution to Donor Direct Action in commemoration of the 25th anniversary of the Beijing World Conference on Women.

Make a contribution to Donor Direct Action in commemoration of the 25th anniversary of the Beijing World Conference on Women.

Update from Afghanistan: We need your help!

I write from Afghanistan to ask for your help, which we urgently need. The situation here for women victims of violence is deteriorating as the unending conflict we live in continues. My organization, Humanitarian Assistance for Women and Children of Afghanistan (HAWCA) is trying to establish a legal aid center in Mazar-i-Sharif, Balkh province. We have successfully raised $50,000 but we need an additional $50,000 to launch the center. Balkh Province has one of the highest number of cases of violence against women. On average HAWCA has followed 140 to 160 cases in the province each year. The number of unregistered cases could be exponentially greater. We have noticed that violence against women increase as poverty, joblessness, and insecurity increase. Balkh province also has a high incidence of attempted suicide. In 2017, Balkh Public Hospital recorded 700 such cases, of which 70% were women who had been victims of violence. The number of cases of women and girls running away from home to escape violence is also increasing every year.

There is an urgent need to ensure that the justice system works to better protect women from violence. Women are not aware of their rights and there are not adequate legal support mechanisms to ensure justice for women victims of violence.

Since 1999, HAWCA has been committed to safeguarding Afghan women’s rights through education and the operation of four legal aid centers, as well as  one shelter for women survivors of violence. Our new legal aid center will provide much needed support to women victims of violence in Balkh including free legal and psychological services.

We sincerely hope you will help us raise the funds we need to build a legal aid center. We are halfway there and need your support now more than ever as international aid and media attention towards Afghanistan is fading.  Please help us protect Afghan women and girls. Together we can save lives.

On January 30, 2020, 12 year-old Nada Hassan Abdel-Maqsoud bled to death at a private clinic in Manfalout, Egypt after being subjected to Female Genital Mutilation (FGM). Though Egypt first banned FGM in 2008 the practice continued to be performed in and outside medical facilities. It took 17-year old Mayar Mohamed Mousa’s death following FGM in 2016 for the government to amend the Egyptian penal code making FGM a felony and increasing penalties. And still the practice continues. Despite the groundbreaking advancement we have witnessed in understanding FGM over the past 30-years and the passage of laws and policies against it in many countries, millions of girls continue to be subjected to FGM on all continents of the world today. It is clear that a scourge like this requires much more than the law. It needs the indomitable strength and grit of anti-FGM activists on the front lines to challenge their communities and ensure that girls are kept safe – every day.   Donor Direct Action’s Efua Dorkenoo Fund to End Female Genital Mutilation (FGM Fund) supports 5 extraordinary grassroots groups who have worked tirelessly to dislodge this centuries-old harmful practice within their communities. It is extremely difficult community organizing and advocacy work that these groups have undertaken for several decades. Most of the countries where our FGM Fund partners work have notably high prevalence rates – Burkina Faso (76%), The Gambia (76%), Kenya (27%), Sierra Leone (88%), and Somalia (98%).   Like all international grassroots women’s rights work, front line anti-FGM activism does not receive even a fraction of the funding it needs and deserves. But you can change that. Today, February 6th is International Zero Tolerance Day for FGM. You can be part of the life-saving work of our partners in The FGM Fund. We are hoping to raise a modest $50,000.00 in February 2020 for our FGM Fund partners – $10,000 for each group. Believe it or not, even that small amount can make a world of a difference for our partners and the girls they seek to protect. Please help us share the word with your friends, colleagues and community and help us build a supportive funding network for grassroots activism to end FGM. For girls like Nada, it is a matter of life and death.

Highlights from the 35th Anniversary of the Sisterhood Is Global Institute, December 10, 2019 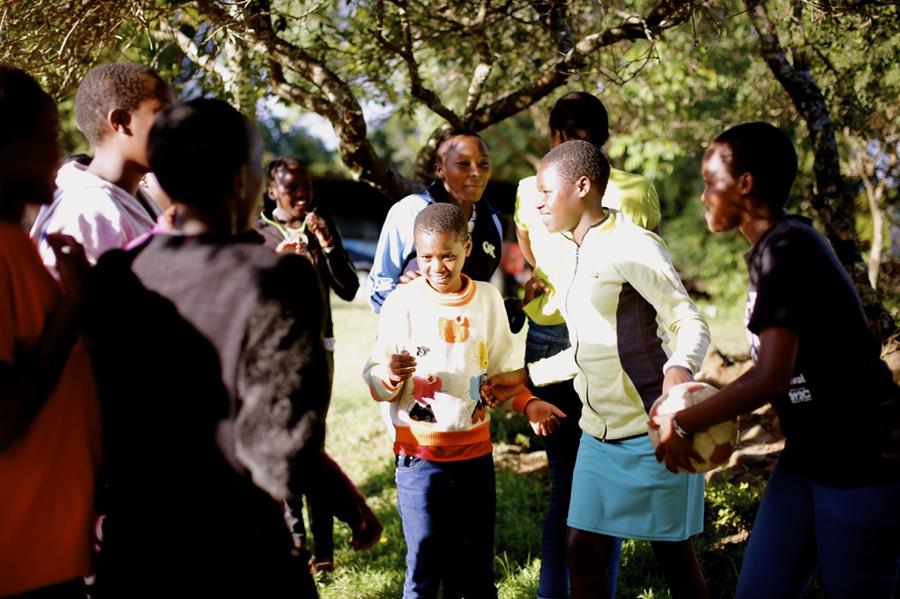 Girls play at the Tasaru Ntomonok Initiative (TNI), Kenya. TNI manages a rescue center for girls who run away from home to escape female genital mutilation and early marriage.

This holiday season as you plan your year-end giving I hope you will remember the many strong and effective front-line women’s organizations around the world who confront gender inequality head-on everyday.

These organizations may have tiny budgets but their work is life-saving and truly transformative. They are the first responders when a girl is suffering complications as a result of female genital mutilation, has fled from forced marriage, or manages to escape the sex trade. They are the organizations challenging governments and all of us to value women’s lives.

In 2011, I started Donor Direct Action with a simple yet radical dream – to eliminate the bureaucracy and directly support front-line women’s organizations across the globe. A disproportionately large share of funding for international women’s rights still remains in organizations in the North and never reaches the front-line women’s groups who are actually doing the job of dealing with all forms of gender-based violence and discrimination.

The Donor Direct Action Fund for Women works with 14 leading front-line partners around the world. We regrant 90% of every donation made to our partners. This Giving Tuesday invest in these formidable groups. It will bring you closer to real change.

On November 7, 2019, the International Criminal Court (ICC) sentenced Bosco Ntaganda of the Democratic Republic of Congo to 30 years imprisonment for war crimes and crimes against humanity. The decision is especially significant for women’s rights activists as it is the first sentencing on sexual violence and sexual slavery by the ICC. Donor Direct Action partner from DR Congo, Justine Masika Bihamba of Synergie des Femmes, had called for his arrest in a BBC interview in 2012, after which she was personally threatened by Ntaganda’s men and had to flee the country. He subsequently surrendered and was taken into custody by the ICC in March 2013. Justine shared some thoughts with us on the conviction and sentencing of Ntaganda:

Justine’s organization Synergie des Femmes pour les Victimes des Violences Sexuelles helps Congolese survivors of sexual violence in conflict reclaim their lives. To commemorate this historic moment of justice I hope you will make a contribution to support the work of Synergie. 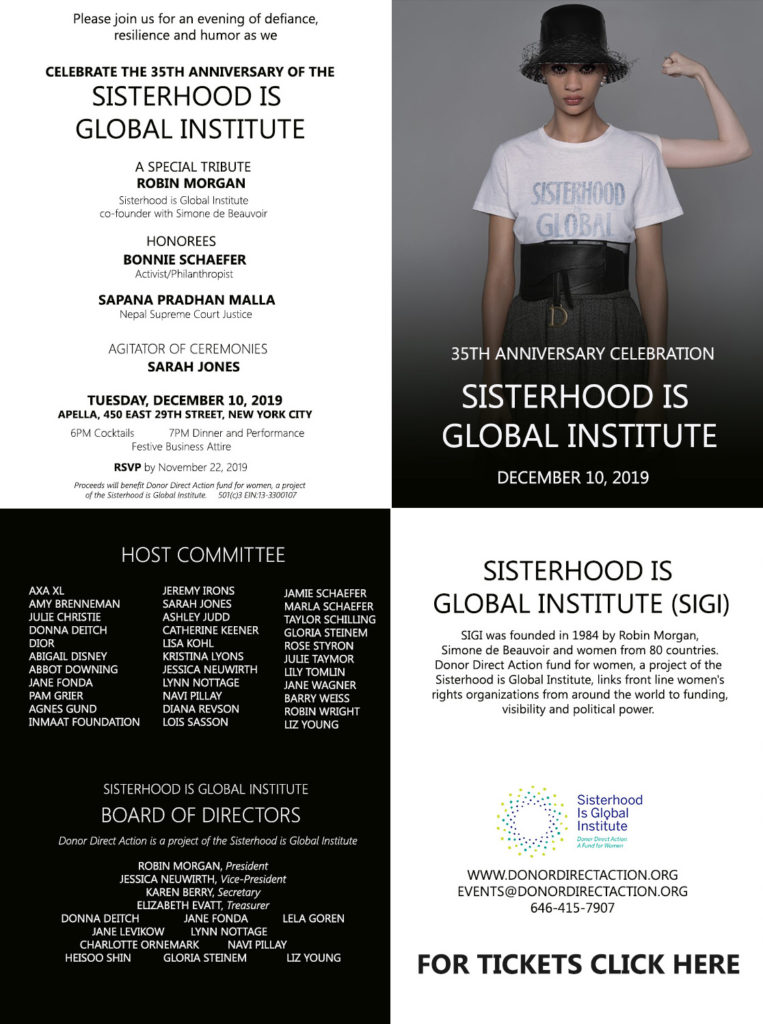